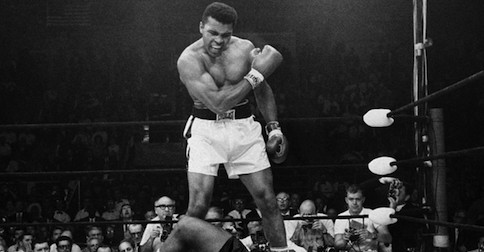 “[Muhammad Ali] would have been successful (in MMA), but he would have had to get into other martial arts. He’d have had to get into the wrestling, the ground and pound. Which means when you’re down on the ground – in boxing, you know you get up if you get knocked down. In MMA, you can beat the heck out of a guy with your fist when he’s down, or hit him with your elbow and cut his eyes open, or break his nose. So you have to learn more. If Muhammad Ali was to fight nowadays, he’d have had to learn a lot more. But he was to me, the best heavyweight fighter of all times in my opinion.”