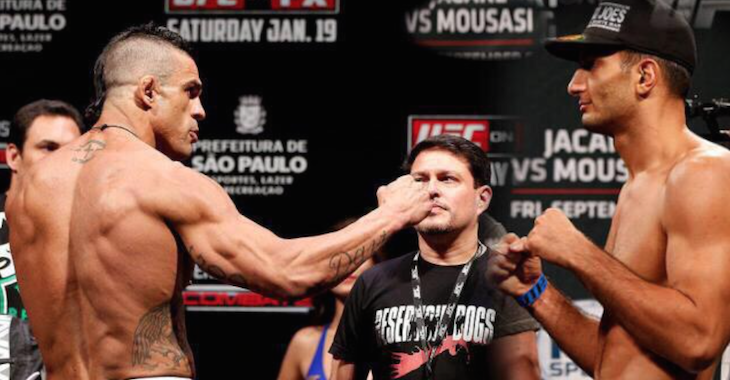 He just fought and lost this past Saturday, but someone is already calling for a fight with Vitor Belfort.

UFC middleweight Gegard Mousasi took to his social media to let the world know that he’s 100% down for a fight with Belfort. However, the fighter did have a few stipulations. First, it appears that he wants the fight to take place on the upcoming card in Japan. Second, he wants a ‘clean’ fight.

@vitorbelfort & I both have a following in Japan. As long as we have a clean fight, I'm in! Time is now! @danawhite pic.twitter.com/8DFjUJXLvM

He’s obviously referring to the allegations from the likes Luke Rockhold and Chris Weidman that insist the Brazilian fighter is still using some type of performance enhancing drug. Would you guys be down for this fight?