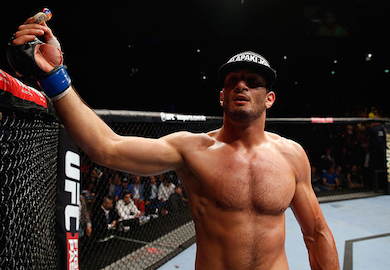 A key middleweight bout has been added to August’s UFC 176 event in Los Angeles, as UFC officials announced today that Gegard Mousasi will meet Ronaldo Souza in the evenings co-main event.

Gegard Mousasi (35-4-2 MMA, 2-1 UFC) was last seen in action in the main event of “UFC Fight Night 41” in Berlin, where he earned a dominant first-round submission victory over Mark Munoz. Prior to that, “The Dreamcatcher” was coming off a unanimous decision loss to former UFC light heavyweight champion Lyoto Machida.

Meanwhile, Ronaldo ‘Jacare’ Souza’s (20-3 MMA, 3-0 UFC) most recent octagon appearance came at “UFC Fight Night 36” in Brazil, where he earned a unanimous decision win over Francis Carmont. Prior to his victory over Carmont, the former Strikeforce champion was coming off a TKO victory over former middleweight #1 contender Yushin Okami.

Who do you have winning this middleweight showdown? Sound off Penn Nation!