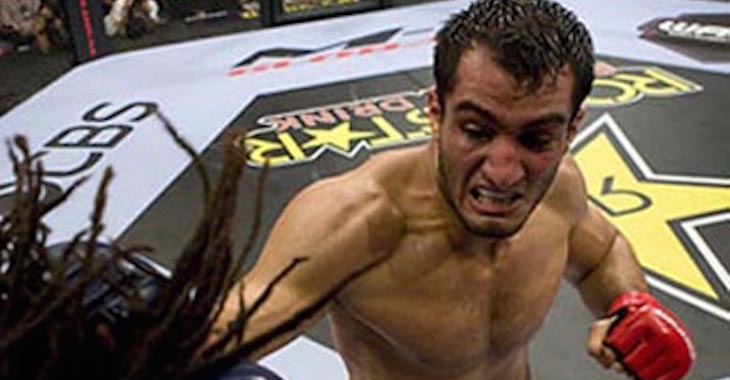 UFC and Reebok’s deal may restrict the fighters from wearing their sponsors to the octagon, but before fight week they are allowed to wear anything they want! Some fighters lost their sponsors due to the fact that they will no longer be able to promote brands on television, but others stuck with their sponsors!

UFC middleweight Gegard Mousasi will be returning to Japan for the first time since his last fight with DREAM in 2011! After suffering a rough loss to Ronaldo “Jacare” Souza at the end of 2014, the former DREAM Light Heavyweight Champion kicked off his 2015 with a major win over Dan Henderson. Mousasi was the second person ever to knock “Hendo” out and used the momentum he gained in that fight to secure another win over Costas Philippou.

Now, Mousasi is set to go toe to toe with Uriah Hall next weekend when at “UFC Fight Night 75”. Armani Exchange and several other sponsors are behind Mousasi and his trip to Japan — check out his gear below supplied by his team on Facebook! Who do you think will walk out with the “W” next weekend? Share your picks in the comment section below!