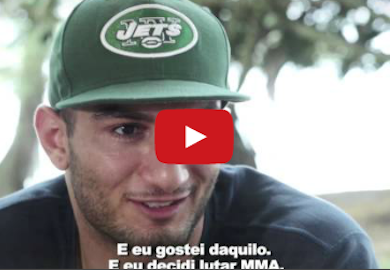 “He’s not the biggest [challenge of my career]. I’ve had many fights, against dangerous strikers, heavier opponents. I fought K-1, different divisions. It’s one of the most important fights for me. I look forward to the fight. He has his gaps. Stand-up, he makes mistakes. I think it’s gonna be that fight that whoever makes a mistake is gonna pay for it. I can get a title shot after this fight, maybe. I like Lyoto, he’s a good guy. But we’re gonna fight and see who is the better fighter.”