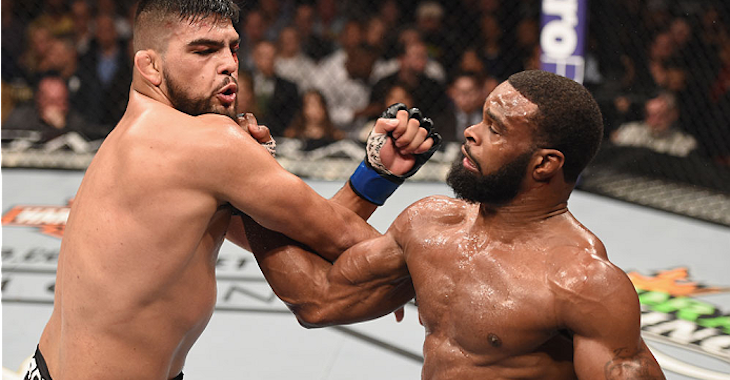 “I’m a lot younger than him, I think I’m a lot hungrier than him and I’m pretty frustrated. I have a lot of bottled-up emotions from my last fight and I’m going to let it all out in this next fight. I’m not happy at all with my last performance — it was a shitty weekend, a shitty situation. It was a bad day on the job. We’ve all had those and I plan on making up for it on June 13.”

That’s what UFC middleweight Kelvin Gastelum had to say to UFC.com about his upcoming fight against Nate Marquardt. When asked how he saw the fight going, he had this to say:

“Have you ever seen a Mike Tyson highlight reel? That’s what I expect.”

What do you think of his statement, think we’ll see a Mike Tyson-like performance out of him?