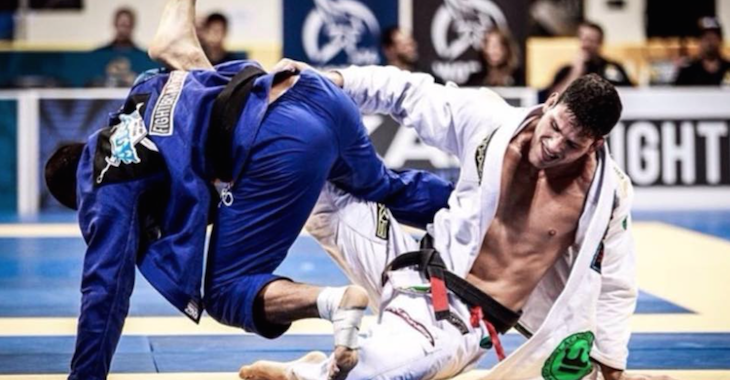 The UFC just announced a partnership with the United States Anti-Doping Agency, or USADA, and already there’s some controversy surfacing.

USADA works with multiple sports, including Brazilian Jiu-Jitsu events, IBJJf world and pan ams. Top BJJ competitor Andre Galvao has an issue and a lot of questions in concern with the suspension of a past competitor.

USADA announced that Felipe Pena, 2014 black belt IBJJF world champion, had failed a test for testosterone and was suspended for a year. They announced this on May 26, 2015. The test was administered June of 2014. So they announced the news only 4 days before the suspension was up…..

Felipe Pena has been disqualified from all competitions he competed in after May 31st, 2014. Why are we just finding out now that he tested positive for banned substances?

When did the IBJJF learn of this? The IBJJF knew about the test. We know that because Felipe wasn’t fighting the IBJJF events since last Worlds. What is the reason of announcing a suspension if it is already over? I know that is to show everyone Felipe lost the title. But what about the other competitors? What about the serious business? What about the example?

The damage is done! Other organizations let Pena compete in their events (likely during the same time he had the substances still in his system). Sponsors gave sponsorships and a year of walking around selling himself as a World Champion occurred.

What is the truth? The truth is holding back this knowledge and not changing the results of the events is disrespectful to the other competitors. Not only would I have been the World Champion last year, but I would have secured enough points to push Team Atos to the top of the podium.

Well let’s see what happen. I just feel very disrespected. I’m just using Felipe here as an example and I’m part of it because I fought him last year. My main concern is why it took so long?

PS: Ibjjf Website Still have him as 1st place even after he get banned by USADA. Just get in the IBJJF webpage and check that out.