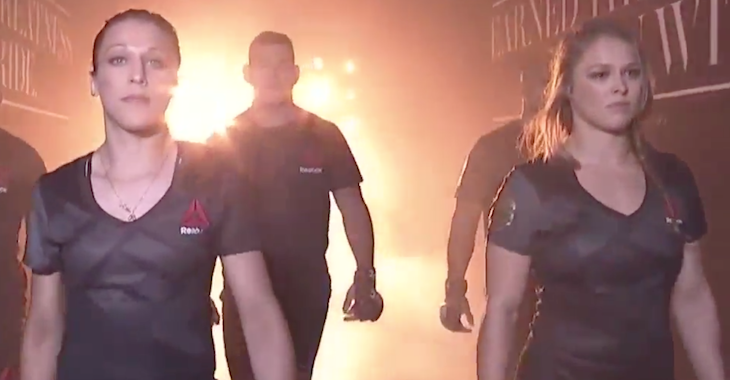 UFC champion Ronda Rousey was honored to meet strawweight champion Joanna Jedrzejczyk while they were at the UFC/Reebok press conference.

She talked to MMAFighting about the interaction and said she felt really nervous to meet the Polish fighter.

“I met up with Dana [White] on the way over here and that was the one thing where I was like, ‘Dana, do you know who I’m looking for? I can’t wait to meet Joanna.’ So he brought her over to me. I was like nervous.”

“It is so cool to see women’s MMA really taking over. I really think she is going to be the next dominant champion that’s on top for a very long time. It was an honor to meet her. I haven’t been so captivated by a fighter in a while.”

Do you think Jedrzejczyk end up being as dominant as Rousey?