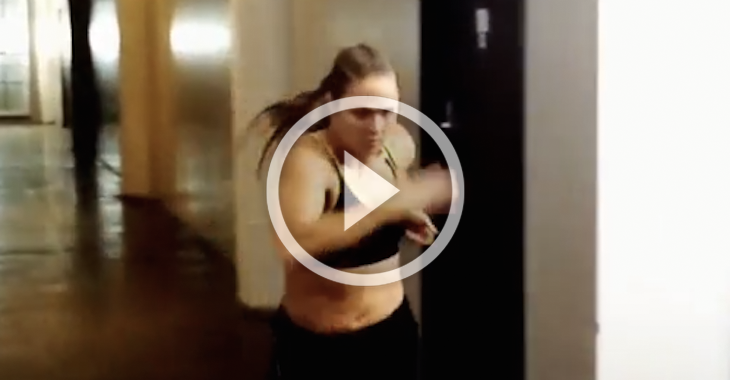 Ronda Rousey looks like she is in amazing shape while filming the newest Reebok commercial! Rousey landed a Reebok deal in December 2014 and jumped into action to film this commercial in January. Watch the UFC Women’s Bantamweight Champion sprint full-force down the hallway!