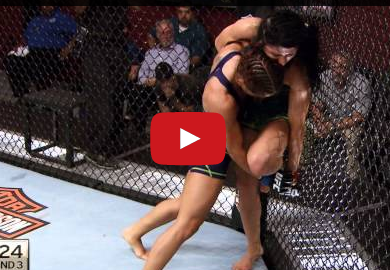 In case you missed the season premier of TUF 20 last week you catch watch the first fight from the season right here on BJPENN.com.

The season started with all of the 16 women being ranked 1 through 16 based on their fight records, and then put into a bracket where the #1 ranked fighter would fight the #16 ranked fighter and so on. Once the coaches picked their teams the first fight was announced.