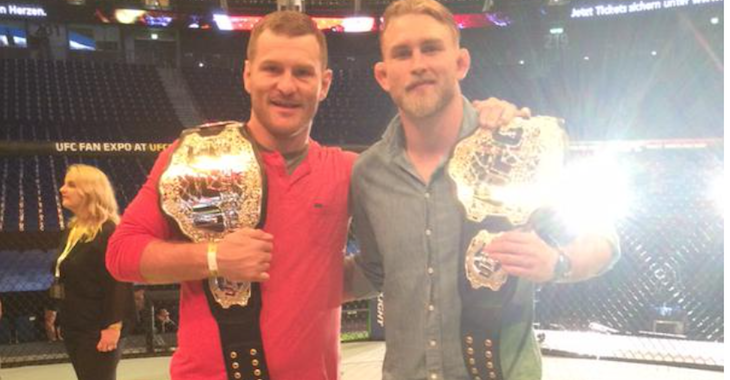 Something isn’t right about this picture of Stipe Miocic and Alexander Gustafsson.

The UFC heavyweight and light-heavyweight posed together in the octagon, while each holding UFC title belts.

Not sure where they managed to grab a few replicas, perhaps a toy store was close by. Miocic posted the picture with the caption ‘I want my shot.’

Gustafsson is set to fight for the title against Daniel Cormier, but Miocic is waiting to hear from the UFC. Right now it seems that the shot will go to Miocic or Andrei Arlovski.

I want my shot. pic.twitter.com/s1GsSqk4wg

Do you think it’s weird for fighters to pose with belts when they aren’t the champion?