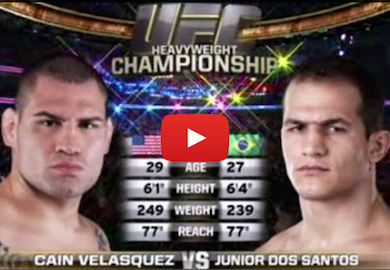 In November 2011, Junior dos Santos ripped Cain Velasquez’ heavyweight title away in a 64-second blitz on live TV (shown above). A year later, Velasquez paid his rival back over twenty-five record-setting, career-defining minutes.

As we prepare for the rubber match, enjoy a trip down memory lane and watch their first two-fights.