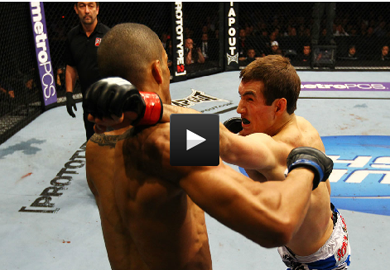 While we wait for Rory MacDonald to throw down with Jake Ellenberger this weekend, the UFC is releasing MacDonald video’s as part of the fight week hype.

Back at UFC 145, MacDonald faced off with British slugger Che Mills and has been considered a top prospect for contention ever since.