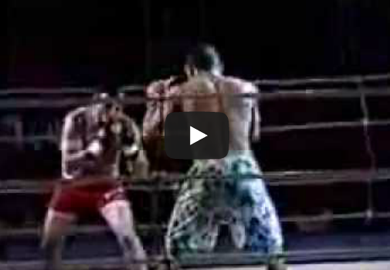 Everyone started somewhere, and for UFC featherweight champion, Jose Aldo, that somewhere was at 17yrs old against Mario Bigola.

This fight took place on August 4, 2004 at Eco Fights 1 in Amapa, Brazil and launched the impressive career of one of the UFC’s most dominant champions.