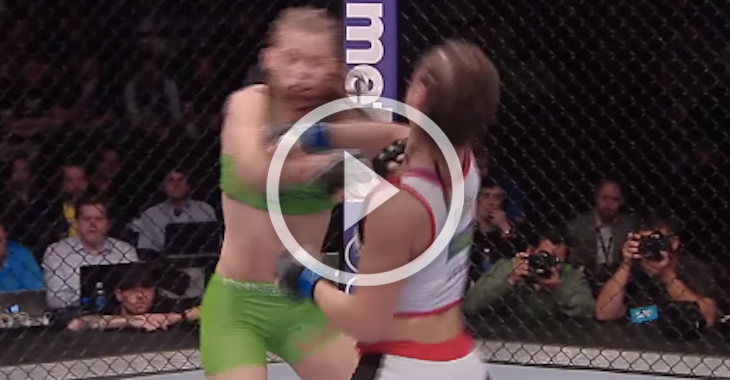 Victorious in her UFC debut, Bethe Correia plans to add another win to her record when she faces Ronda Rousey’s teammate Jessamyn Duke. Now Bethe puts her undefeated fight streak up against the champion herself, Ronda Rousey, at UFC 190.