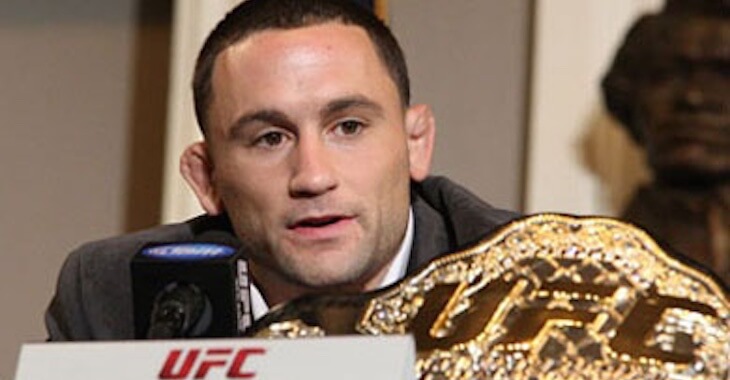 The stage was set at “UFC 189” for Conor McGregor to finally square off with Jose Aldo in their highly anticipated title fight. Plans crumbled, however, when Aldo suffered a rib injury and Dana White was forced to go on the hunt for a last-minute replacement.

Former UFC Lightweight Champion Frankie Edgar expected opportunity to come knocking on his door, but call never came. Instead, UFC gave Chad Mendes the nod to step in the main event to fight McGregor for the interim featherweight championship. Edgar admitted he was upset about the decision, but understood he would get his shot eventually.

“I threw my name in there. I thought, if Aldo wasn’t fighting, it would have been me,” Edgar told GNP1.de. “I was disappointed when Chad got the nod, but that’s the way it goes, he got his opportunity and I’m gonna get mine.”

Edgar squares off with Chad Mendes on December 11 at the “Ultimate Fighter Season 22 Finale” in Las Vegas and is hoping to finally get a shot at gold then. “I think I will (get a title shot), barring a rematch (between) those guys. I think I’m the next guy in line.”

Edgar isn’t one to trash talk and he doesn’t really care who he steps into the octagon with when he fights for the UFC Featherweight Championship. Whether it’s Jose Aldo or Conor McGregor, Edgar has his sights set on Mendes right now to get to the gold. “I don’t care, I wanna fight for the title,” Edgar said. “I gotta make sure I take care of business December 11, and then whoever has it, that’s what I’m coming for.”