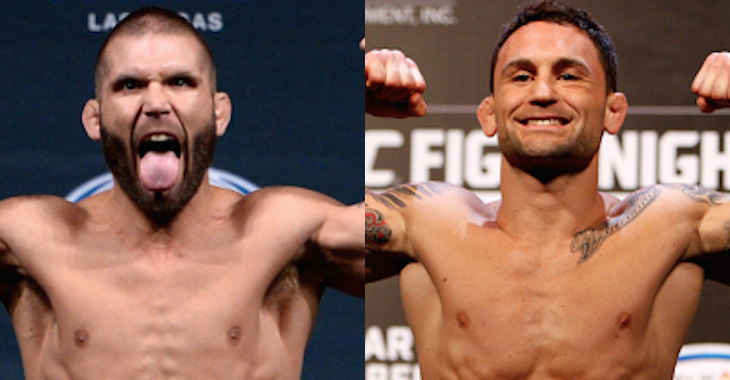 Former UFC lightweight champion and current featherweight Frankie Edgar is done waiting for his title shot and wants to fight before the years over.

So then the question is, who?

Who should the top featherweight fight instead of waiting for his shot at the gold. Chad Mendes is currently healing up from a hand injury so he’s out. In steps ‘Lil Heathen’ Jeremy Stephens.

Stephens took to Twitter and sent a friendly call out Edgar’s way. It would be an exciting fight for sure, but is the former champ up for it?

It would be a fan favorite for sure. Edgar of course is known for his elusive get in and out style, while Stephens is a straight destroyer with his striking. Maybe they could put that card on UFC 194, with Aldo vs. McGregor.