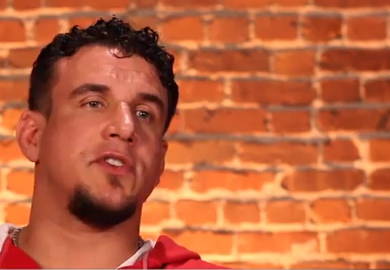 “I think it just depends on how much we are able to draw. I’ve always tried to help in that argument. When people ask for certain explanations on why certain guys get title shots and some guys don’t, I’ve always told people this is a business. It isn’t so much who has a 30-0 record, but if no one wants to come watch you fight, then it doesn’t matter. As far as if the UFC is willing to release us … I find it hard to believe that they would let Alistair be picked up by another organization. I still think he can sell a ton of tickets. As for myself, I keep my opinions, I guess. I don’t know, I guess I’ll have to see if, I don’t know, what I’m selling afterwards. No, I wasn’t (thinking of retirement). Obviously, I have no real desire to fight for another organization, so if I were to be let go, I think that would be a huge step in the form of retirement.”

In a recent interview with ‘The MMA Hour‘ Frank Mir, who is currently in the midst of a three-fight losing streak, said he would likely retire than test out the open market as a free agent.

Unlike several other fighters, Frank Mir has been with the UFC since his third pro-fight over 12 years ago. His time with the promotion has seen him come back from injury, win two world titles and face the very best heavyweights spanning more than a decade.

He now has a date set with former Strikeforce heavyweight champion, Alistair Overeem in early 2014.