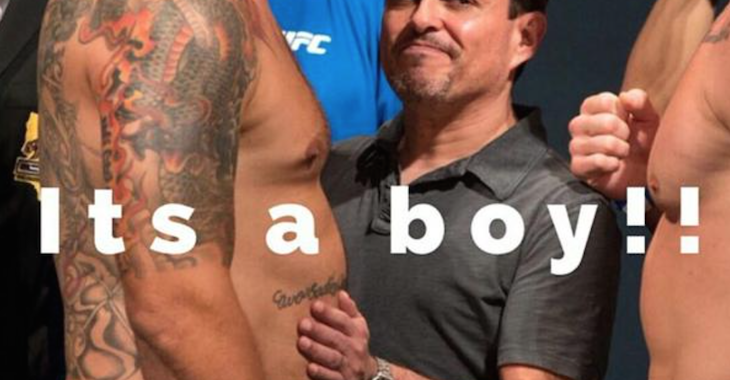 Frank Mir got it done Wednesday night when he KO’d Todd Duffee in the first round of their main event fight.

A lot of talk prior to the fight was about Mir’s weight and physique. He weighed in pretty heavy at the weigh-ins and certainly didn’t look like Duffee, as far as having a shredded body.

Check out this hilarious picture someone took, such perfect timing.