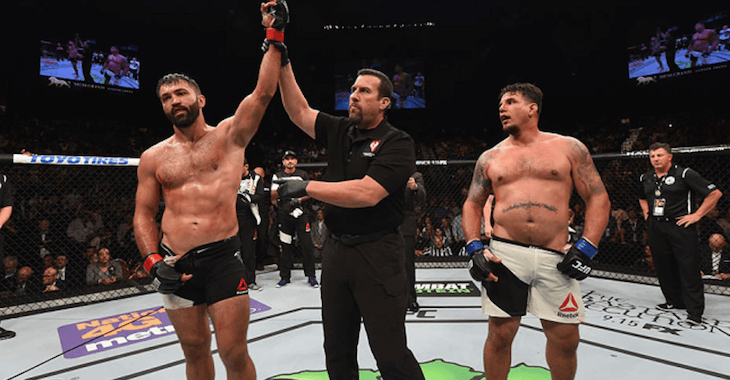 Well the first time it didn’t really go so well, so maybe let’s try it again.

UFC heavyweights Frank Mir and Andrei Arlovski met in a highly anticipated scrap back at UFC 191 and boy did it not live up to the hype.

Perhaps the anticipation for the fight was too high, especially considering the fights they were both coming off of. Arlovski with that crazy back and forth fight with Travis Browne and Mir with that one punch KO of Todd Duffee.

Well, it looks like they weren’t very happy with the three round fight either. Arlovski picked up the some what questionable decision and even he wasn’t all that thrilled with his performance.

According to UFC Tonight, both fighters are more than willing to step in the cage and do it again, if the UFC wants to put the rematch together.

Arlovski has expressed interest in fighting again in December or January. Mir’s coach said his fighter would like a full 8 week camp ahead of the fight if it was in fact booked.

Do you want to see a rematch?