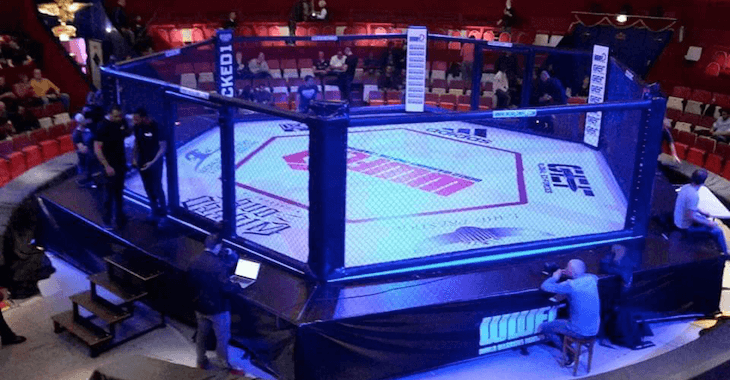 One of the most amazing parts about being a fan of a sport so young is the ability to watch it grow before your eyes. It wasn’t long ago that the Ultimate Fighting Championship was banned in the majority of the country, and now they are partnered with one of the biggest broadcasting companies in the world in FOX.

World Warriors Fighting Championship helped France take a major step in accepting MMA as a sport in their country when they help their “Cage Encounters 4” event in Paris, France on September 19, 2015. It was the first MMA event under unified rules to take place in France in a cage.

“We always knew there was a loophole (in the law) but nobody took the risk until yesterday to go so far as to actually organize an MMA event with MMA rules in a cage,” Commission Francaise de Mixed Martial Arts president Bertrand Amoussou said, per Bloody Elbow. “This could have been stopped at any time but the police were informed and came only to witness the sportsmanship of MMA.”

The CFMMA later released an official statement on the controversy surrounding the event:

“For the first time an event reported to the authorities was held under the Unified Rules of MMA. This sets a legal precedent. We now expect a reaction from the government. However last night it was shown publicly that the fighting is regulated, structured and sanctioned; that the fighters are professionals trained in the various techniques, including those used on the ground; that the audience are people who attend in a spirit of friendly sportsmanship. It is for these reasons that the CFMMA requests again that the state and its highest representative, Francois Hollande, legislate to recognize the existence of this sports discipline, and for it to be permitted under federal guidelines.”

Do you think this could be the beginning of growth of MMA in France? Would you like to see the UFC make their way out there? Share your thoughts in the comment section below!