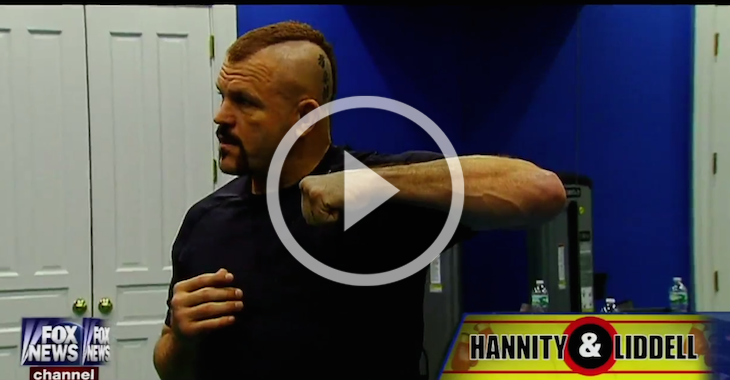 Sean Hannity has been doing MMA training for a few months now to get into shape, and tonight he showed off some behind-the-scenes footage of his actual workout, alongside UFC champ Chuck Liddell.
But first, Hannity couldn’t resist comparing his fierce workout to President Obama‘s (like he’s done before), mocking the president’s routine as pretty weak and standard.
Hannity then showed off footage of his MMA session with Liddell. And give him some credit, this is probably the first time any cable news host has ever aired their workout routine on television.