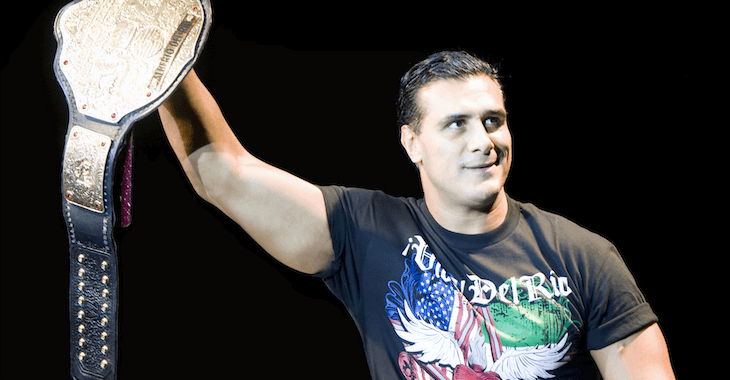 All to often we see the worlds of professional wrestling and mixed martial arts clash. Whether it’s Brock Lesnar performing a fake version of an excruciating submission hold or a fighter doing their best impression of a wrestler, it’s usually interesting to say the least.

“We are excited to have ‘Alberto El Patron’ (real name Jose Alberto Rodriguez), one of the premier athletes and most charismatic personalities in the sport of professional wrestling, as well as a proven MMA competitor, with us on television for this historic live fight series,” Combate Americas CEO and UFC co-founder Campbell McLaren stated in a press release.

“As a premier Mexican figure in the world of sports entertainment, Alberto is the consummate voice for Combate Americas, which was created to serve fans with an authentic Hispanic MMA product, on television and other media platforms around the world.”

This is not Alberto Del Rio’s first venture into the world of mixed martial arts. He actually fought in a PRIDE ring and got brutally knocked out by none other than Mirko Cro Cop. It was his first and only MMA fight before he made the switch to professional wrestling. Looking at his list of accomplishments, it looks like it was a wise choice.