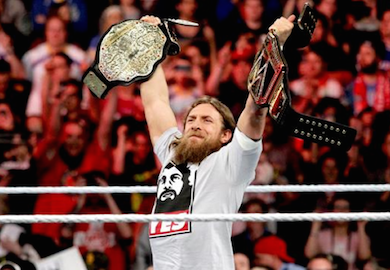 Former WWE Champion Daniel Bryan used his submission skills to fend off a home invader and subdued the man with a rear-naked-choke.

Daniel Bryan and his wife Brie spoke about the incident during a press conference … and the wrestler said he sprung into action because he was worried about their dog, Josie, who was in the house.

The wrestling star says it wasn’t difficult to subdue the burglar because the guy wasn’t in great shape. However he wouldn’t say if the thief was rendered unconscious.