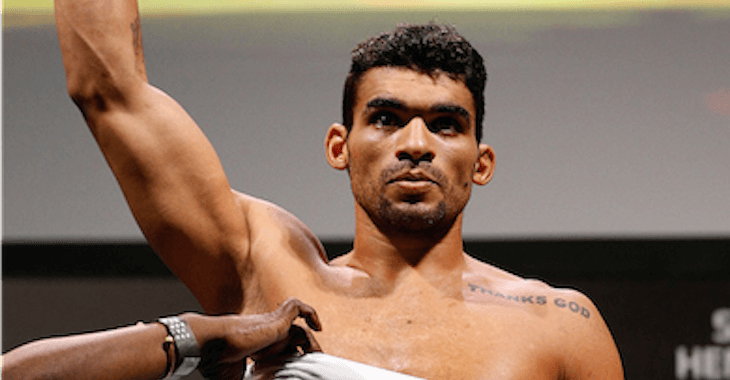 World Series of Fighting light heavyweight Ronny Markes hasn’t fought for the promotion since winning his debut back in 2014, when he picked up a unanimous decision over Cully Butterfield. He was then scheduled to fight last April, against David Branch, but had to pull out right before weigh-ins due to illness.

Markes now believes that that is the reason WSOF has yet to book him in another fight and he’s not very happy about it.

The Brazilian fighter told MMAFighting that he has been offered a fight on Dec. 28, but he’s not confident that it will actually happen, based on past experiences. He said he was first told he would fight in October, than they told him the card had been filled and that November was not a possibility either.

“I’m super unhappy in this organization. It’s clear that they don’t want me there, but won’t let me go. I asked them to release me from the contract. I asked them to fight for Shooto in Brazil, but they said I would automatically renew for more six months with them if I did. I have no interest being signed with them anymore. I want to cut ties with them as soon as possible. I don’t want to stay one more day with them.”