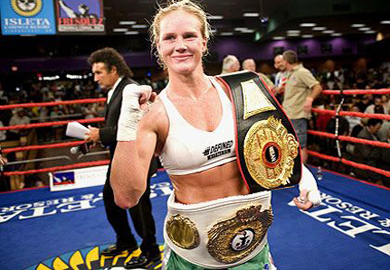 Holm has an undefeated record with 3 wins, two of which came by kicks. She holds win over Christina Domke, Jan Finney, and Katie Merrill, with the latter being a second-round TKO in Bellator.

Her first opponent in this promotion has yet to be announced but the first event she will appear at is Legacy FC 21 on July 19th at Arena Theatre in Houston, Texas.

Holm retired from boxing while holding both the IBA and WBF women’s light-welterweight titles. Her record stood at 33-2-3 with both losses coming by (T)KO.