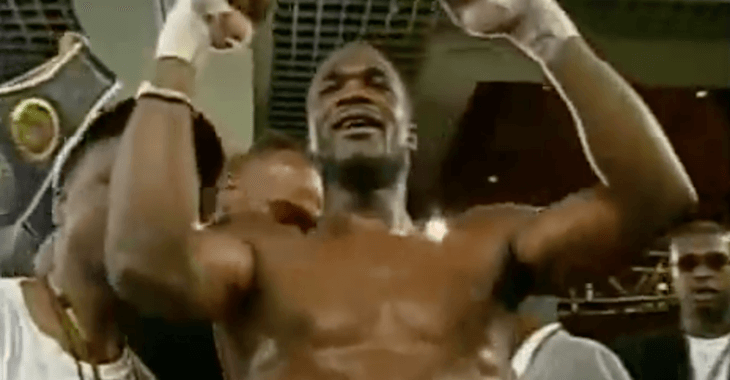 Tragic news broke this morning that former cruiserweight boxing champion O’Neil Bell was shot to death in Atlanta by robbers.

The Atlanta Journal-Constitution broke the story, which revealed that police currently believe 4 men were involved in the robbery and subsequent shooting.

In addition, police are searching for a 2006 Chrysler PT Cruiser which was stolen on Tuesday. The vehicle has a Georgia license plate that reads “TJC685“.

Bell compiled a 27-4 record over the course of his 13 year pro boxing career, winning the WBA, WBC, and IBF boxing championships along the way, making him one of only 2 ‘undisputed’ cruiserweight champions in boxing history.