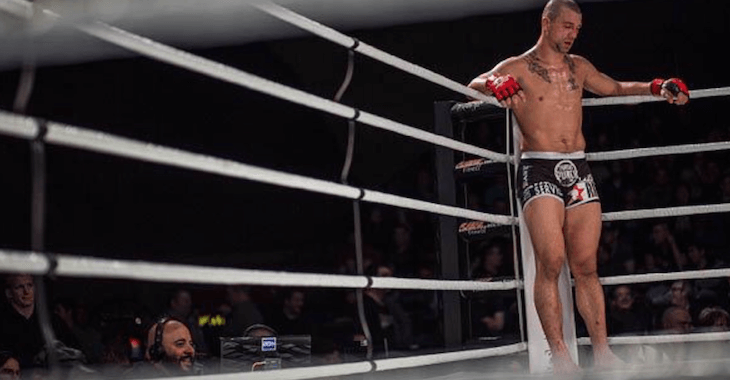 MMA fighter Elvis Mutapcic is 29-years-old at 6’0″ and fights at 185 pounds. He’s currently a free agent and feels like there’s no time better than now to make a splash in the UFC’s middleweight division.

Mutapcic is currently on a two fight win streak, with victories over Sean Huffman and Kelvin Tiller, the latter of which took place at WSOF 12 and the most recent at MCC 59 back in June of this year. Since then he’s had some time to refocus and gear up for what he believes is the prime of his career and just needs the stage to prove it.

The fighter told BJPENN.COM that there were offers in the past, from the UFC, but for some reason or another they never worked out, whether it be because of another contract with a different promotion or just all around bad timing.

“We’ve had offers out there, but nothing worked out. Once I was under contract or it was just horrible timing for me. One way or the other I wasn’t able to sign with the UFC.”

Mutapcic is ready. He said he’s the best he’s ever been after taking some brief time to refocus and thinks it just feels right for him to take on the best the sport has to offer right now, at this point in his journey.

“I feel like I’m the best fighter I’ve ever been right now. I took some time off, got refocused and got back in there.

“I feel like I could Fight any fighter on any given day –– I just hope I get to show what I have to offer.”

Mutapcic isn’t the kind of fighter looking to get an easy and quick first fight in the UFC, he wants to earn it. Of course, getting a first round KO is always great, but for him the perfect fight and debut in the UFC would be a fight where he really gets to show off his skills and dominate for a few rounds, than get the KO finish.