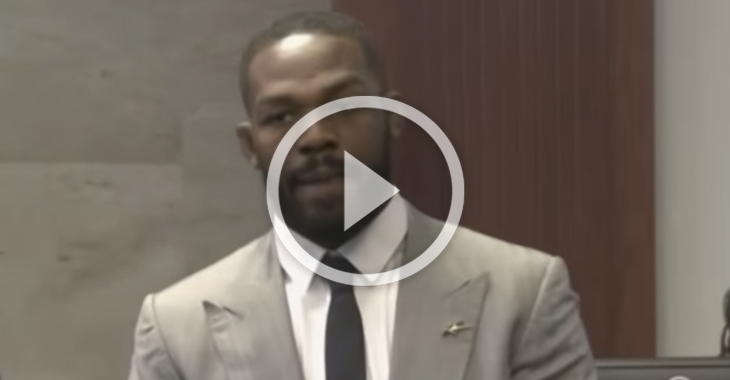 Former UFC Light Heavyweight Champion Jon Jones appeared in court on Tuesday for his hit-and-run that left a female injured. Jones fled the scene of the crime before turning himself in a day later in Albuquerque, New Mexico.

UFC officials have chosen to strip Jon Jones of his championship and suspend him while he takes care of legal matters. To make matters worse, Reebok has terminated their sponsorship with Jones as well.