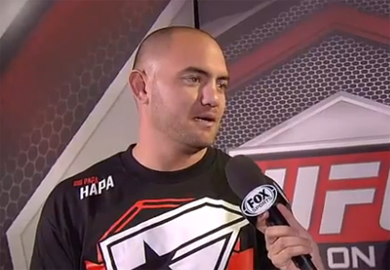 “I think I’m starting to get some of the recognition that I may not have gotten before, and I think it’s due. I think I’ve put in some of my time — what’s this like my sixth or seventh fight in the UFC? And I’m coming off of one loss in my career and, yeah, I think it’s time for me to start moving up and get those shots like [Antonio] Silva and some of the guys in the top-10. If that doesn’t put me in the top-10 I’m sure I’ll be there shortly.”

Travis Browne put came back with a vengeance last weekend against Gabrielle Gonzaga. Stopping the former title challenger in the very first frame of action.