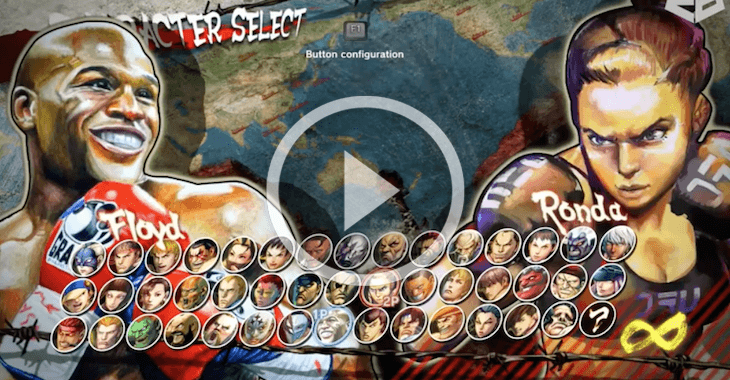 Floyd Mayweather Jr. and UFC bantamweight champion Ronda Rousey have gone back and forth with each other for a while now.

Since Mayweather just retired there’s a good chance it will all start dying down. So to commemorate the (hopefully) end of the Rousey/Mayweather feud, we decide to share this pretty cool video making its way around the web.

Some one took the Street Fighter IV game and modified it to include a Rousey character and a Mayweather character. Then of course they had to battle it out.

Do you think the feud will end now that Mayweather is drifting off into the shadows?