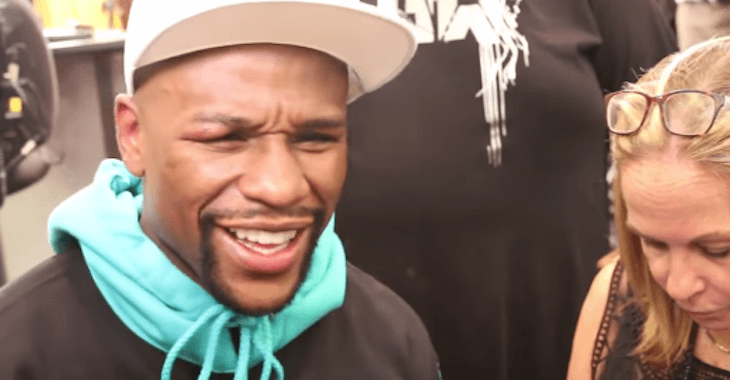 Floyd Mayweather’s style of boxing is an acquired taste. While some praise his ability to duck and dodge his opponent’s punches and escape with a “W” despite not engage in much action, the majority label him as a “runner” saying he is bad for the sport. Regardless of where a fan stands, the fact remains that Mayweather escaped the bout with a bit of a busted eye and several million dollars richer… that’s not a bad gig.

Mayweather talks about his retirement, his win and has a message for his haters who say he is a boring fighter! Check it out in the interview below:

Do you think Mayweather will remain retired? If not, when do you think he will cash in to attempt to pick up his fiftieth victory? Share your thoughts and prediction in the comment section below!