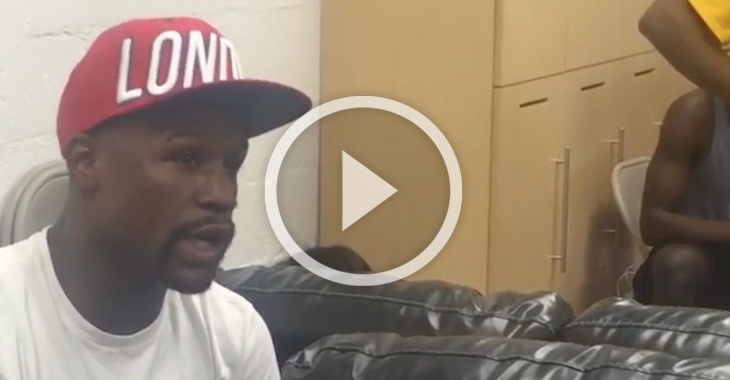 Oscar De La Hoya tolde reporters that if he ever came out of retirement he would fight Gennady Golovkin. Now, because of course, Floyd Mayweather is throwing his name in the hypothetical hat and says if De La Hoya wants to, he’ll fight him in September.

“I see Oscar talking that he’s coming back. If he wants to, we can rock-and-roll in September. We can do it at ’54, he knows that. He said he wanted a rematch. If Oscar wants it, he can.”