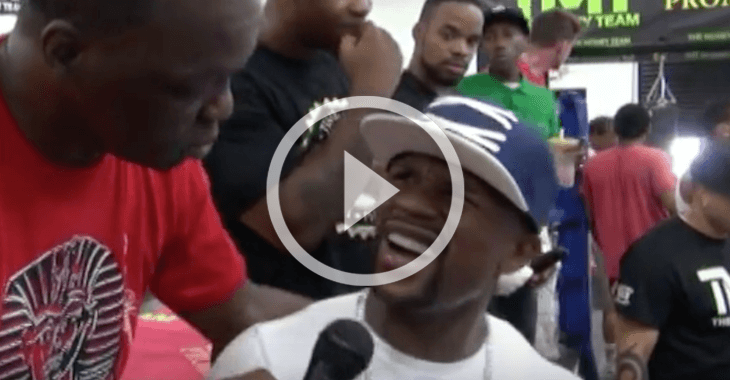 Last Monday UFC fighter Nick Diaz was handed a five year suspension and a fine of $165,000. The suspension came from the Nevada State Athletic Commission who cited past offenses and what they saw as a lack of respect for the commission as their reasons for giving such a lengthy and controversial suspension.

In the last week we’ve seen an overwhelming amount of support for Diaz, from fighters to fans. There was a White House petition started, which caught on like wildfire and is on track to reach it’s 100K signature goal, and we also had fighters announcing that they would no longer be fighting in Nevada to show their support. Things blew up.

Now, we have a video interview of (the now retired) Floyd Mayweather reacting to the whole situation.