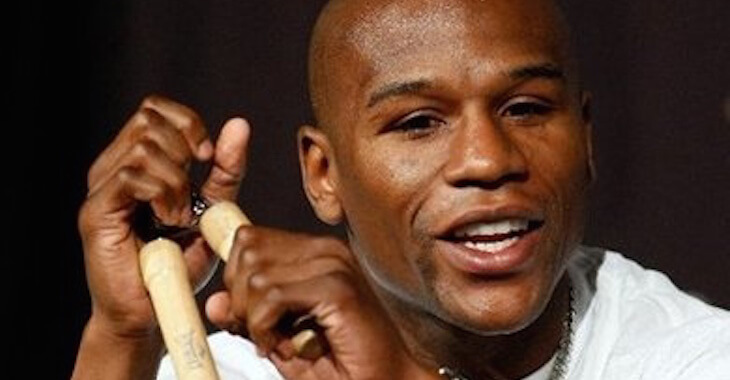 On Wednesday, a report came out stating that Floyd Mayweather Jr. was caught using a banned IV the day before his fight with Manny Pacquaio.

The report stated that USADA officials discovered evidence of an IV being used by Mayweather, but the fight went on and two weeks after USADA revealed that he had filed for a exemption. IV’s are banned by USADA.

Basically, Mayweather used an IV and then USADA waited 20 days after the fight to notify the NSAC about an exemption he was granted, after the fact. At least that’s what the report stated.

Well, Mayweather has already released a statement on the matter and didn’t deny anything, just stated that he’s a clean athlete and he’s the one who’s always gunning for a cleaner sport.

Check out the statement he released:

“Let’s not forget that I was the one six years ago who insisted on elevating the level of drug testing for all my fights,” Mayweather said. “As a result, there is more drug testing and awareness of its importance in the sport of boxing today than ever before. I am very proud to be a clean athlete and will continue to champion the cause.”