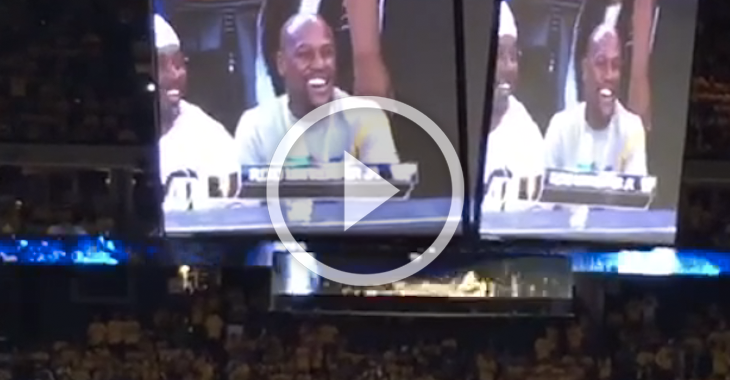 Floyd Mayweather received a reaction from the California fans that was almost the exact opposite Mark Munoz received in the Philippines. Mayweather was shown on the big screen during an NBA game and the fans booed the hell out of him! Check out the video below!

Sporting News is reporting that Mayweather dropped $36,000 for four court-side seats at the game. I guess all of those fans bought the PPV and weren’t happy with how it played out.