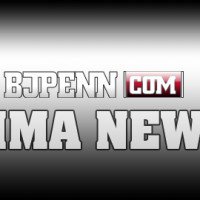 Instead of using their words to fight eachother, two Florida mayors have decided to let fists fly in the spirit of charity.

Miami Lakes mayor Michael Pizzi and Hialeah mayor Carlos Hernandez have decided to solve a disagreement in the cage.

“This is what happens when two middle-aged men meet and have dinner and talk about who was tougher in their childhoods,” Pizzi said

Over the course of their dinner discussion the self proclaimed “Brooklyn Brawler” Pizzi told Hernandez about his reputation as a fighter when he was younger.

“At heart I am a middle-class street kid,” Pizzi said. “In my neighborhood, I used to box at the YMCA and I used to get into two or three fights on the way to school. I came from a tough neighborhood.”

Hernandez has been involved with martial arts since he was a teen, and currently works out with his 13-year old son who is a Brazilian Jiu-Jitsu practitioner.

50 year old mayor Pizzi weighed in on the fight saying: “He will last 30 seconds, I will knock him out, but I am going to catch him and lay him on the ground so he doesn’t get too badly embarrassed in front of his colleagues.”

Mayor Hernandez on the other hand doesn’t feel threatened in the slightest by Pizzi.

“I’m going to train as hard as it takes to beat Mayor Pizzi, and that’s not a lot of training. I might have to pull back to make it a fair fight.”

While Hernandez is an inch taller, than the 5’9 Pizzi, Pizzi outweighs him by 12 pounds. Pizzi said he has started a strict diet to get into fighting shape.

Pizzi’s says he has fit work-outs into his schedule, adding: “I am down to only one beer on Saturday and I only eat pizza three times a week for dinner…I’ve lost a couple ounces.”

Hernandez commented on Pizzi’s dieting regimen saying:
“If he is cutting back on beer and pizza, then he’s serious.”

All proceeds from the fight go to children’s foundations of the mayor’s choosing’s in their respective towns.