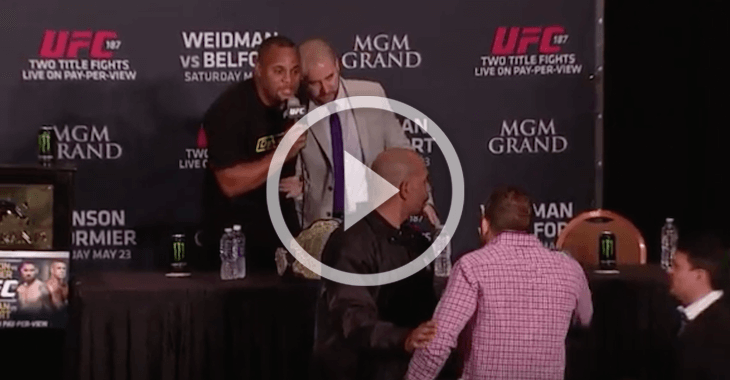 Before this weekends UFC 192, which will feature a light heavyweight title fight between champion Daniel Cormier and Alexander Gustafsson, let’s take a look back at an altercation that occurred between Cormier and another UFC 192 fighter, Ryan Bader.

Back at UFC 187, when Cormier won the title by defeating Anthony Johnson, the two got into during the post fight press conference. After that incident it was speculated that it might lead to a title fight between the two. That ended up not happening, but they’ll both be fighting this weekend.