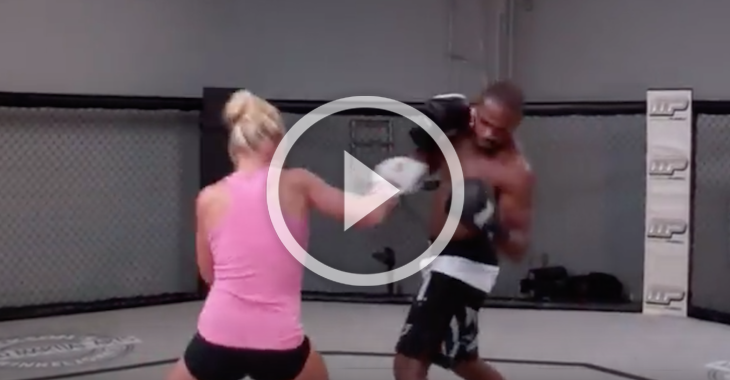 Holm is of course known for her striking, being a former pro boxer and all, but do you think she’ll have the advantage over the champ? I mean, Rousey didn’t look very weak on her feet in her last fight, that’s for sure.