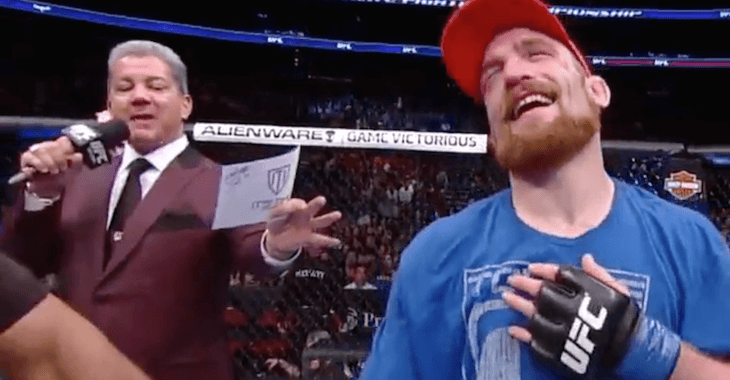 Bruce Buffer rarely makes a mistake during his announcement duties for the UFC, in fact it’s hard to even think of one.

But, they are out there. Case in point, this video of the time Bruce Buffer accidentally announced the wrong winner during a fight between Jim Miller and Pat Healy.

Healy won the fight, but while announcing the winner, Buffer said Miller’s name instead. Then realized his mistake right away and corrected himself, while the entire audience laughed at the goof.