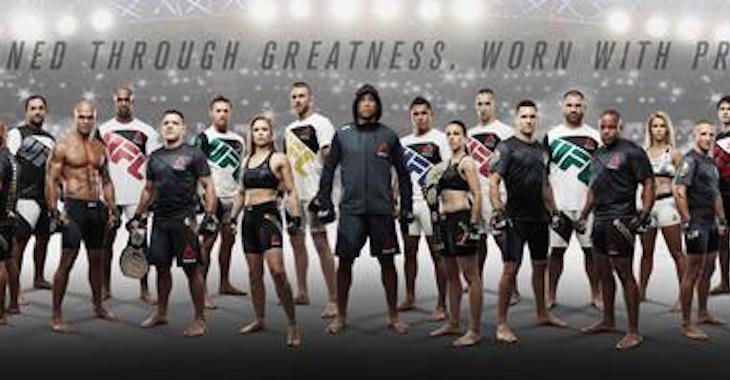 The UFC just wrapped up their press conference, where they unveiled the new Reebok fighter uniforms for the first time.

The UFC and Reeboks’ idea for allowing the fighters to be individuals? Well they put their names on the jerseys and the shorts and that’s about it.

During the press conference several UFC fighters went up on stage and talked about the feel and the comfort of the new designs, including Ronda Rousey, who seemed pretty stoked that she won’t have to adjust in order not to flash millions of people.

The best look of the uniforms so far, is from this tweet sent out by the UFC, showing a lot of their fighters sporting the new look.

First glimpse, what do you think? Catch the full replay of the press conference below: