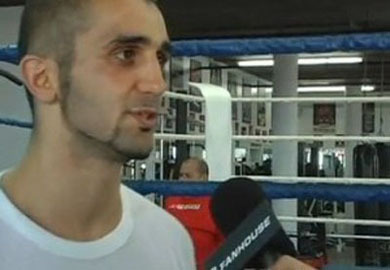 It seems as though just prior to weigh-ins, the Quebec Athletic Commission notified the two camps that their fighters were allowed to weigh in over the 170 pound limit, as long as they were under 171. After suffering defeat in the UFC 158 championship bout, Nick Diaz and camp are making all kinds of accusations in hopes of scoring a rematch.

“GSP made weight and he had his shorts on”.

He went on to say that they acted in accordance with what they were told by the RACJ and that a difference of less than one pound is not enough to change the outcome of a fight.

“I was told the decimal didn’t count, so we didn’t worry about it.,” Zahabi told The Province. “I don’t see even .9 making a difference in a fight, so I didn’t give it any thought.”

It seems Georges St Pierre was playing by the rules and would have weighed in even less sans shorts. But, what do you think? Do you believe the conspiracy? Or, is Diaz just calling him out in hopes of another title shot and massive payday?