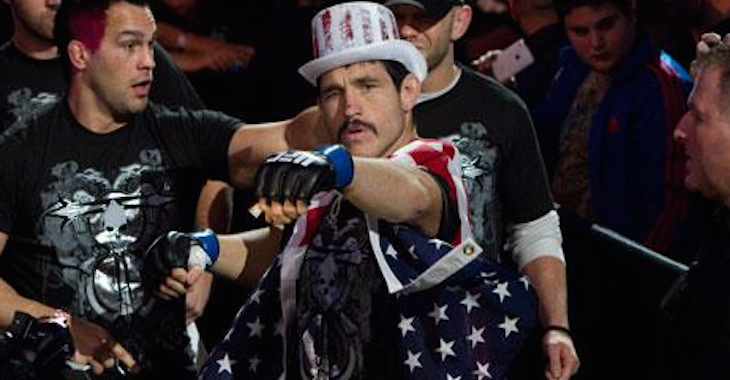 One of UFC’s most colorful personalities is set to make his octagon return at “UFC on FOX 16”! Tom Lawlor will be duking it out with Gian Villante on the undercard on July 25, 2015. The match was announced on UFC Tonight.

Tom Lawlor’s last UFC appearance was in April 2013 when he submitted Michael Kuiper with a guillotine choke. Before that, Lawlor faced the likes of Francis Carmont and current UFC Middleweight Champion Chris Weidman. Considering he has had a year-long layoff, it is not known whether ring rust will be a factor for Lawlor. One thing is for certain, though: He will have one hell of a walkout.

Gian Villante just put on an impressive performance against Corey Anderson in New Jersey at UFC on FOX 15. If Villante can continue to put on entertaining fights like that one, he should he fighting on FOX for the foreseeable future.