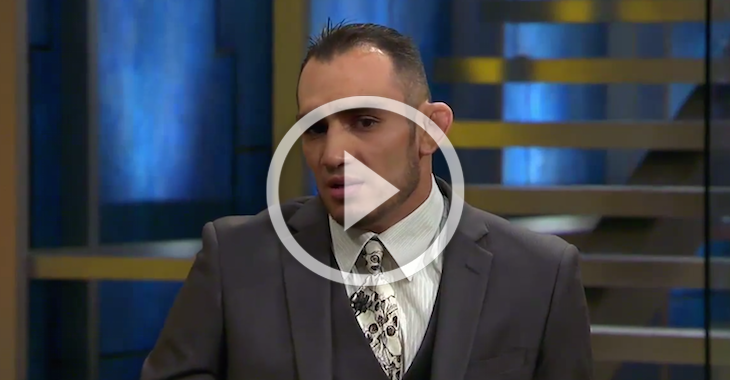 Tony Ferguson talks about a shot at the lightweight title, taking on a top ten fighter, Brock Lesnar and more.

Ferguson on if he’s earned respect in the UFC: “It’s taken too long. The only fight I lost, I broke my arm in round two. I still finished the fight. Now I’ve fought my way back. Josh Thomson is right there. I think now is the time for people to start recognizing ‘El Cucuy’. The year of the Boogeyman is here.”

Ferguson on beating Thomson: “He wanted to retire before this fight and I’m going to help him get there quicker. Fans are expecting fireworks. He’s very smart fighter. But I’ll put my brown belt vs. his black belt, like I did with Gleison Tibau. He’s over at AKA. I haven’t fought them, but I take great pride taking on great teams. This fight ends with a finish. I go in with a finish attitude and come out with a finish attitude. I’m not one of the guys who leaves it to the hands of the judges.”