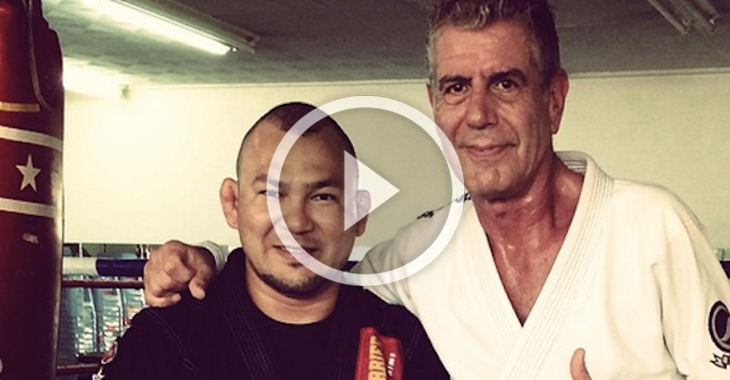 Anthony Bourdain has laid down the gauntlet for political commentator Bill O’Reilly! At the end of his show, Bourdain mentioned while the credits were rolling that he wanted O’Reilly to meet him at the Renzo Gracie Academy for a BJJ match! Check it out in the clip below: