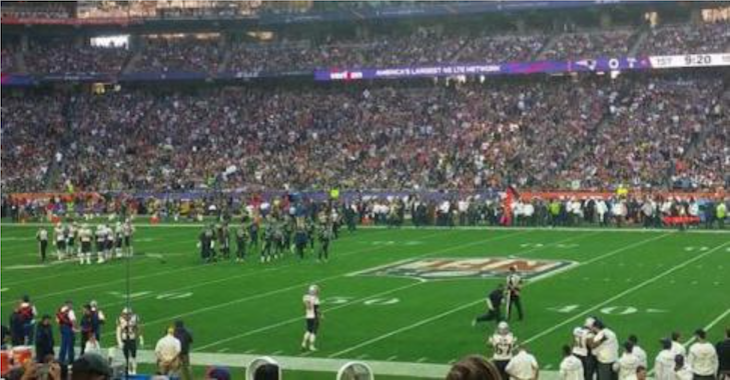 Last night the New England Patriots secured a very narrow win over the Seattle Seahawks. With just seconds left in the game, the Patriots grabbed an interception, preventing the Seahawks, who were just yards away from the end zone, from scoring.

Below are fighter reactions to the game, as well as the brawl that occurred at the end of the game.

At the #SuperBowl, gotta s/o my boy @Cowboycerrone and #Budweiser for the gr8 seats…#12thMan strong here in AZ pic.twitter.com/M8LkgtGi9p

UFC wannabes at the #SuperBowl @danawhite

Typical @Eagles fan that I am, I just chanted E-A-G-L-E-S at the Super Bowl.

Congrats Patriots what an amazing game! Have no idea why we didn't run the ball but mistakes can only… http://t.co/1utHpKlZsZ

Fantastic season for the @Seahawks you guys will be back next year better then ever. Congratz to @danawhite and his @Patriots #GG

Why am I seeing so many tweets about football? Was there a game on or something?

Why would Seattle call that dumbass play?

Alright, now that it's over, gotta say it. Next season…#RaiderNation