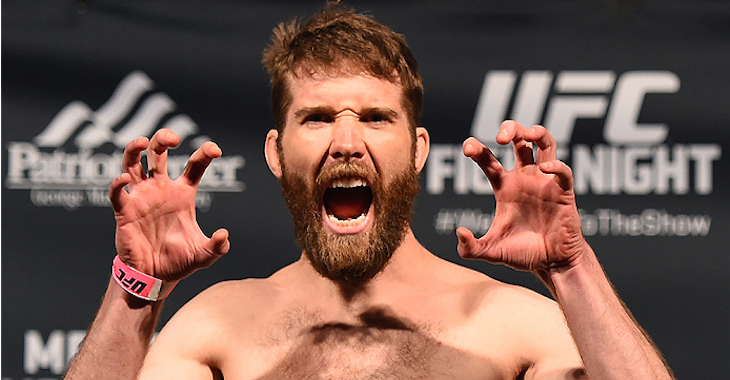 Injuries, it’s a part of MMA unfortunately, just like it is for every sport. But sometimes the injury will come from a very, very strange place.

UFC’s Mitch Clarke was ecstatic when he heard the UFC would be coming to his hometown of Saskatoon with UFC Fight Night 74. This would be his chance to fight in front of his home crowd, in the UFC, and put on a show. However, Clarke will not be fighting this Sunday at UFN 74. He actually won’t be fighting at all for the meantime, all because of an acupuncture needle.

Clarke was getting an acupuncture treatment, when one of the needles broke off in his arm. The muscles then contracted and the needled fragment was pulled down into his tissue. He was forced to have surgery on his arm and was not able to fight in front of his home crowd.

In fact, he still doesn’t have feeling in a part of his hand.

Here’s what he told Dave Deibert for The Starphoenix:

“It’s devastating. It would have been a dream come true to be able to fight in the first Saskatchewan card.”

“It’s super disappointing. It wasn’t to be, apparently.”

“I’m going to fight again, so I don’t care if I have no feeling in my hand. I just want to know I can still use it and go from there.”