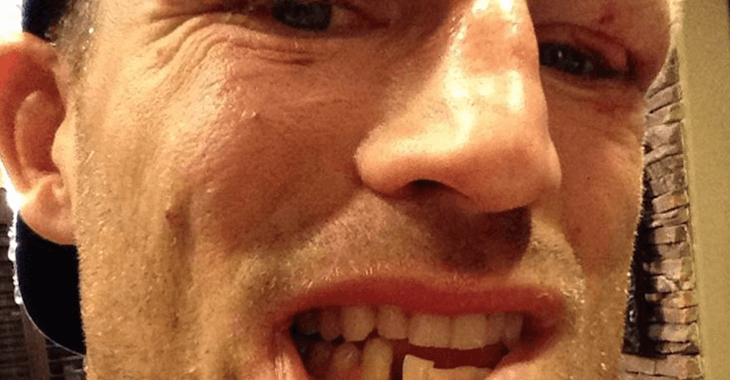 Bristol Marunde fought for a welterweight title this past Friday, but unfortunately he didn’t win the belt and he walked away with a nasty injury.

Marunde, who’s a former UFC fighter, went to battle at RFA 31 against current champ Gilbert Smith and eventually waved off the fight in the fourth round, after suffering a badly broken jaw.

After the fight, Marunde took to social media to express his disappointment with the fight and show off his gross injury.

I'm very disappointed I was fighting my fight then I suffered a REALLY bad broken jaw. Headed to get wired shut. God bless

bristolmarunde: Here’s my broken mandible in the front and also a break in the back. Thank you to all my friends and family that reached out, really touched me and I appreciate you. I go for surgery and wiring shut Monday…