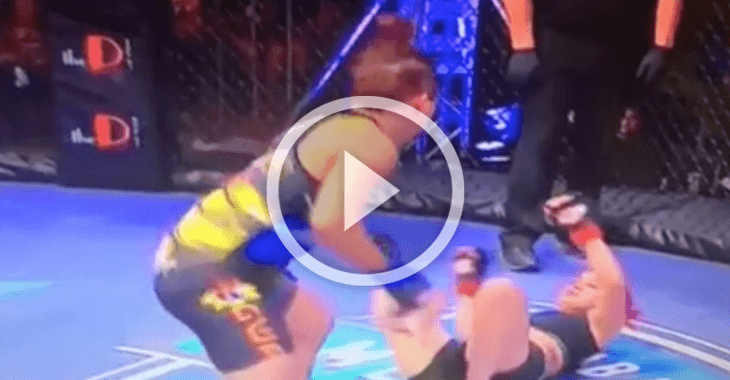 I wonder why we don’t see more fighters trying to pull this off.

Her opponent was on her back while Batara stood over her, a position we see a lot, then Batara stepped back and pulled off one of the coolest guard passes in recent memory.

She did a full cartwheel over her opponent and landed on top of her on the other side!