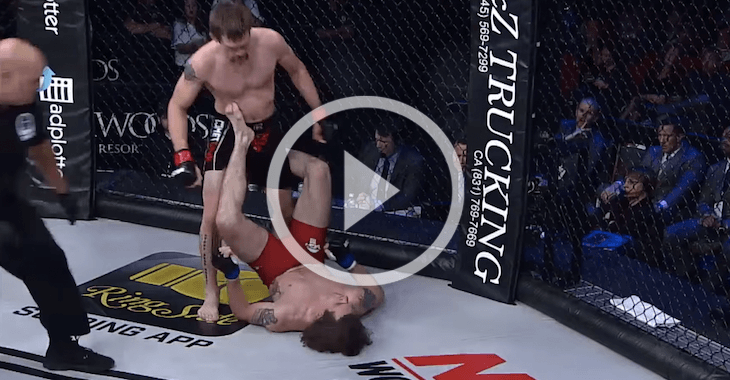 It has been a slow month for mixed martial arts fans, but World Series of Fighting came to the rescue with some exciting fights! “WSOF 24: Fitch vs. Okami” brought former UFC fighters to the decagon for an important night of fights, but it was Rick Glenn that turned the most heads with his ridiculous knockout!

Adam Ward’s plan of taking the fight to the ground ultimately backfired as he was knocked out cold, looking up at the lights after Glenn turned the tables on him. Glenn didn’t even need the referee to let him know the fight was over— he walked off on his own! Check out the highlights in the video above.